How Does Penetration Testing Work And Is It Safe For Your Business? 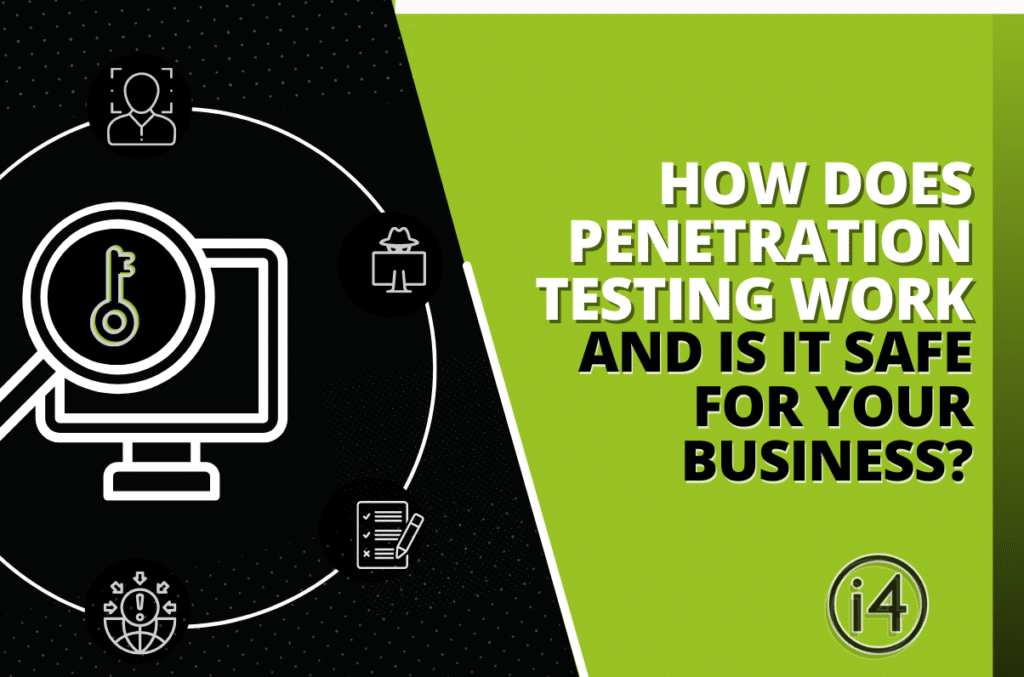 IT security is of paramount importance for any business today. With the increase in cyber attacks (over 1000 attacks in 2020 in the United States alone!), it is essential to have strong security measures in place to protect your business from potential threats.

One of the best ways to ensure your business’s IT security is by regularly conducting penetration tests.

What is penetration testing?

Penetration testing, also known as pen testing, simulates a cyber attack on a business’s IT infrastructure to test its security.

Penetration testing aims to find any security vulnerability in a system that a real, malicious hacker could exploit. Once these vulnerabilities are found, they can then be fixed before a real attack takes place.

The following aspects of your IT infrastructure can be tested during a penetration test:

A penetration test can be conducted internally by your own IT team or by hiring a professional firm.

Whichever route you choose, it is important to ensure that the testers have the necessary skills and experience to carry out the test effectively.

Each pen test consists of several phases. Different pen testing providers may have other methods, but the most common stages are:

In this pre-engagement phase, the penetration testing company will work with you to understand your specific needs and objectives. In this phase, you can expect to hear a rough outline of the test logistics, its legal implications, and risks. The pen testing provider should work with you to develop a clear scope and strategy for the test.

This phase can also be called open-source intelligence gathering (OSINT). In it, the penetration testers will gather information about your organization. This can be done in a number of ways, most commonly through search engine queries, social engineering, tailgating, dumpster diving, tax records, domain name searches, and more.

After the information-gathering stage, the pen testers will start to analyze the data they have collected. They will look for potential vulnerabilities and attack vectors. This is sometimes called threat modeling.

Based on their findings, the pen testers will prioritize the most likely (and impactful) threats and target them in the next testing phase.

With a clear map of potential vulnerabilities, the pen testers will start to try and exploit them. This is often done through a series of automated and manual tests.

The goal here is to gain access to the system or data that a real hacker would be after and see how far they can get without being detected. Of course, a penetration tester will only go as far as was agreed upon in the scope of the test.

Finally, the pen testers will compile their findings in a report and present it to you. This report will outline the threats found, how they were exploited, and how to fix them.

Additionally, pen testers should clean up the virtual environment in which they were working to avoid leaving any traces that could be used in a future attack.

Penetration testing is an important part of any business’s IT security strategy. However, some companies may be hesitant to conduct these tests as they may be concerned about their systems and data safety.

The good news is that, when conducted by a qualified and experienced team, a penetration test is safe. The pen testers will only attempt exploits that were agreed upon beforehand, and they will take all necessary precautions to avoid causing any damage to your systems or data.

You can always ask the pen testers to sign a non-disclosure agreement (NDA) if you are still concerned. This will ensure that all information about the test is confidential.

In black-box testing, the pen testers have no prior knowledge about the target organization. They will start with a clean slate and will only gather information through their own reconnaissance efforts. These tests are the fastest to run, but if a pen tester cannot breach the perimeter of a system, they cannot tell if there are any vulnerabilities in the internal systems beyond it.

Gray-box testing is a bit more targeted. The pen testers have some knowledge about the target, but not as much as in white-box testing. They might even have documentation, such as network design documentation, or some access to the system, such as an internal user account. Gray-box testing allows the testers to focus their efforts on specific areas that they know are likely to be vulnerable.

In white-box testing, the pen testers have complete access to the target organization. They are provided with everything, including passwords, source code, and network diagrams. This level of access allows for the most thorough testing, but it is also difficult for an ethical hacker to simulate the behaviors of a real hacker because they already know everything about the system.

The main differences between these three types of pen tests are accuracy, speed, efficiency, and coverage. Not every type is suitable for every organization. Your penetration testing provider should be able to advise you on the best approach for your business.

Will there be any disruptions to the business?

A common concern is whether or not an ongoing penetration test will cause any disruptions to the day-to-day business.

In the vast majority of cases, the answer is a no; there will be no disruptions. The pen testers will work quietly and discreetly in a virtual environment, and they will only attempt exploits that have been agreed upon beforehand.

In any case, you should have access to the pen tester at all times during the test. If anything does happen that impacts the business, the pen tester can stop the test immediately.

Here are some potential disruptions that you may encounter during a penetration test:

The bottom line is that every business is different and will face different disruptions during a penetration test. Your pen testing provider should be able to advise you on what to expect and how to handle any potential issues.

In this digital era, both big and small businesses need to be proactive in protecting their sensitive data. Penetration testing is one of the best ways to find and fix vulnerabilities before a hacker can exploit them.

In short, penetration testing is a process where a team of security experts attempts to break into your systems to find any vulnerabilities. The testers will use a variety of methods, including hacking tools and social engineering, to try and gain access to your data.

Once they have gained access, they will assess the damage and report their findings back to you. This information will help you fix the vulnerabilities and improve your security posture.

There are different types of penetration tests, and your provider should be able to advise you on the best approach for your business. The tests can be performed quickly and efficiently with very little disruption to the company.

If you’re interested in learning more about penetration testing, please contact us for a consultation. We would be happy to answer any of your questions and assist you in choosing the right test for your business.

Ransomware Preparedness: Why Organizations Should Plan for Ransomware Attacks Like Disasters

What Does The Certified Ethical Hacker Job Look Like?

What Jobs Can I Get With A CEH Cert?

CEH Jobs: Types, Opportunities, And How To Get One