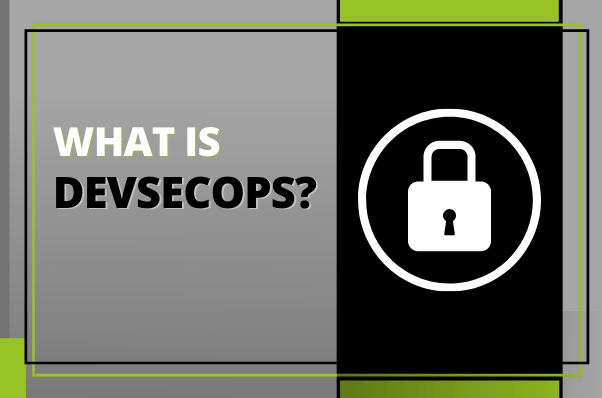 Innovations in modern application development have, quite literally, revolutionized the software industry. They have made it possible for organizations to create new applications that are constantly improving and updating their services without extensive investments in IT infrastructure and business processes. However, the continuous need for software upgrades has increased demands on IT operations and pushed them to the limit.

DevSecOps refers to the practices and tools of both DevOps and security in the creation and maintenance of secure apps, systems and infrastructures. This blog post aims to explain what this term means and how it can improve our security posture and reduce the attack surface.

DevOps is more than just a collaboration between development and operations teams. If you want to fully benefit from the agility and responsiveness of a DevOps strategy, IT security must be incorporated across the whole life cycle of your apps.

The role of security is now a shared responsibility incorporated from beginning to finish in the DevOps collaborative architecture. It is such an essential mentality that some have coined the term “DevSecOps” to stress the need to incorporate security into DevOps projects.

DevSecOps includes designing applications and infrastructure with security requirements in mind from the outset. It also entails automating some security gates to avoid slowing down the DevOps process. Choosing the proper tools to continually integrate security, such as deciding on an integrated development environment (IDE) with security capabilities, can assist in achieving these objectives. However, proper DevOps security necessitates more than new tools; it relies on DevOps’ culture shifts to integrate security teams’ work sooner rather than later.

Application and infrastructure security are easily integrated into Agile and DevOps processes and technologies using DevSecOps. It deals with security concerns when they arise at a point when they are easier, quicker, and less expensive to resolve (and before they are put into production). Furthermore, rather than being the primary duty of a security silo, DevSecOps makes the application and infrastructure security a joint responsibility of development, security, and IT operations teams. It automates the delivery of secure software without slowing down the software development cycle, enabling the DevSecOps slogan of “software, safer, sooner.”

The Difference Between DevOps And DevSecOps

DevOps and DevSecOps are guided by the CALMS principles:

It is the culture of shared accountability that distinguishes DevOps and DevSecOps. DevOps has been the topic of discussion and has been written about for over a decade, and there are several definitions of DevOps. However, at the most basic level, DevOps can be described as an organizational model that brings together development and operational processes as a shared responsibility.

DevOps evolved from a loose collection of standard practices shared across high-performing software engineering teams to a contemporary declaration of engineering culture and procedure: organizations that share development and operational responsibilities are able to iterate more quickly and, as a result, are more successful. DevSecOps builds on this idea by incorporating security goals into the broader goal framework. DevSecOps should be considered a logical extension of DevOps rather than a distinct concept or notion. It is more of an evolutionary step than a revolutionary step by teams who have successfully implemented DevOps methods.

Many would agree that the objective was to establish an environment in which commercial value is produced through a continuous and sustainable flow from code to production. Slow feedback cycles of traditional security practices became prohibitive to high-speed DevOps practices due to this new model’s tools and methodologies that increase the pace. This resulted in a bottleneck in which the security procedures were frequently completed just after the software was completed, or by external teams inserted into the process, slowing it down.

DevSecOps expands the DevOps ethos of shared responsibility to incorporate security principles, which clarifies the distinction between DevOps and DevSecOps. Rather than after a product is delivered, activities aimed to discover and, hopefully, fix security vulnerabilities are injected early in the application development lifecycle. This is done by allowing development teams to independently conduct numerous security responsibilities within the software development lifecycle (SDLC).

The method reduces the cost of resolving security issues by minimizing the vulnerabilities that make it into production. It allows for scalability while also fostering a collaborative culture that aligns security with DevOps goals. DevSecOps seeks to include security into every stage of the delivery process, starting with the requirement stage and establishing a security automation strategy.

Why Is DevSecOps important?

For nearly all businesses, digital transformation has become an absolute requirement. More software, cloud technology, and DevOps techniques are three major components of this transition.

With more software, more of an organization’s risk becomes digital. This increases technical debt and, as a result, application security, making it more challenging to safeguard digital assets.

Using cloud technology leads to the application of modern technologies that present new dangers, change more quickly, and are more publically available, thereby removing or redefining the idea of a secure perimeter. Many IT and infrastructure hazards are being shifted to the cloud, while others are becoming entirely software-defined, lowering many risks while emphasizing the necessity of permission and access control.

Finally, DevOps refers to a shift in how software is produced and delivered, shortening the time between developing code and delivering customer value, and learning from and responding to market changes. Empowered development teams ship software more frequently and quickly than ever before, making technological and implementation decisions independently and without the need of intermediaries. As teams increasingly value self-sufficiency — you create it, you operate it — old sluggish feedback loops that hinder growth are no longer accepted.

Security teams are increasingly under pressure as the rest of the business grows, and they frequently become a bottleneck. Security teams are put on the crucial path of delivering high-quality apps by legacy application security technologies and processes, which were built for the slower-paced pre-cloud era. Due to the acute security skill shortage, these teams are unable to keep up. As a result, development teams ship unsafe apps, security personnel burn out, and security becomes skeptical, stifling the business’s need for speed.

To address these issues, people began to change their processes, giving rise to DevSecOps. A DevSecOps culture integrates security into DevOps, allowing development teams to protect what they produce at their own speed while increasing cooperation between development and security professionals. It enables security teams to serve as a supporting organization, providing knowledge and tooling to help developers gain more autonomy while maintaining the degree of control required by the business.

Benefits of the DevSecOps

Let us summarize the main benefits of DevSecOps practices.

First and foremost are the faster delivery times. When security is included in the continuous deployment pipeline, it speeds up the process. Before deployment, bugs are detected and resolved, allowing developers to focus on delivering features. This also ensures that bottlenecks never occur, as the security is integrated into the very process instead of being an afterthought.

Next comes the improved security posture. From the beginning of the design process, security is a priority. A shared responsibility approach ensures security is closely integrated from designing, deploying, and protecting production workloads. With this comes the benefit of reduced costs – identifying vulnerabilities and problems before deployment reduces risk and operating costs exponentially.

Moreover, DevSecOps enhances the value of DevOps – the incorporation of security principles into DevOps creates a culture of shared accountability, which improves overall security posture.

Additionally, this also improves the security integration and the pace of software delivery. Since DevSecOps ensures that security protections are not retrofitted after development, this reduces the cost and time of delivering secure software.

All in all, this enables tremendous business success – increased revenue growth and expanded company offerings are stimulated by increased faith in the security of produced software and the adoption of new technologies.

The i4 Group can help you adopt DevSecOps for your own business. They offer a DevSecOps Consulting service that will significantly aid in your DevSecOps implementation and digital transformation!